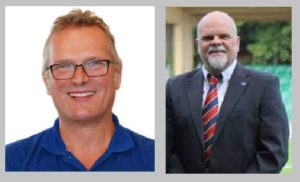 11 April 2021: Andrew Scolding has just ended his long career as EDSO football director. The EDSO Executive Board sincerely thanks him for his work to date, in which he has left his mark and made a major contribution to the deaf football in Europe and the world.
The EDSO Executive Board would like to take this opportunity to officially inform all its members that Luuk Ruinaard is taking over the position of EDSO Football Director from April 2021 and at the same time taking over the leadership of the Football Commission. The EDSO Executive Board believes that Mr. Ruinaard based on his previous experience in working with football, also successfully performed work in his new position.
So, thank Mr. Scolding very much for his work so far and selflessly and his great contribution to the deaf football.
Congratulations Mr. Ruinaard for appointment to the new position as EDSO Football Director.